Register Now
Back to Projects

The worlds of glazing and surfing collide to produce an impressive training facility at Casuarina Beach in northern NSW.

Talk about “glass jobs”, “lines” and “pockets” in the building world and it’d be assumed you were referring to windows and doors. But if you were talking to a surfer hanging out at Surfing Australia’s new High Performance Centre in Casuarina Beach, be prepared: they might get the completely wrong idea!

While you might call the contribution of Alspec products to this new facility an impressive “glass job”, the surfing enthusiast might assume you were talking about the new finish they’d applied to their (fibre)glass surfboard. If you started discussing sharp unbroken lines (meaning the Hunter Evo window framing in use), they might think you were describing the surf conditions, with long “lines” of unbroken waves rolling in towards Casuarina Beach. And if you mentioned the security benefits of pockets (meaning the McArthur centre pocket framing) you might get some very strange looks: apparently surfers use the term “pocket” to describe the most powerful part of wave.

But once the language barriers can be put to one side, everyone can agree that surfers from across Australia will be excited about the completion of this world-first facility. Supported by the Australian Institute of Sport, the goal of the facility is to support Australia’s surfers to “become the world’s best surfers and people”. As such the centre features an impressive indoor aerial surf skate training facility, a world-glass gymnasium, a 100-seat auditorium, coaching and treatment rooms, accommodation and office space. Although it is also an Olympic level training facility, there are coaching programs and surf camps open to anyone with the desire to improve their skills.

In constructing the centre, Alspec products were selected which were able to provide both versatility and durability. For access, ProGlide High Performance Sliding Doors and Swan 45mm Commercial Doors were the products of choice, while McArthur 101.6mm Centre Pocket Framing and Hunter Evo 101.16mm Single Flush Glazed Framing fulfilled framing needs. All four products integrate seamlessly and feature high performance credentials to endure both high use and exposure to the potentially corrosive impacts of the marine environment.

Now they’ve got a world-class facility at their disposal in an epic location, all that’s left is for the amped up surfers to pull on their steamers and find some pumpin’ action to test out their new skills. 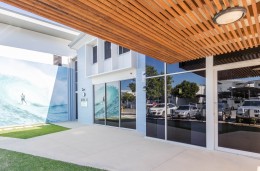 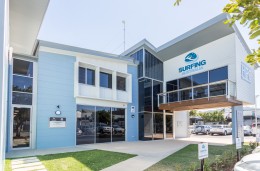 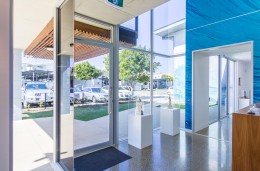 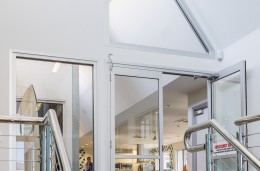 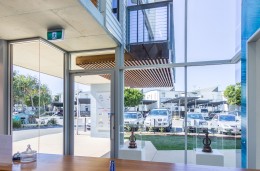 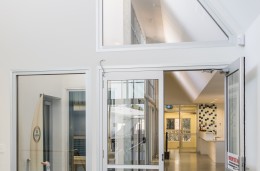 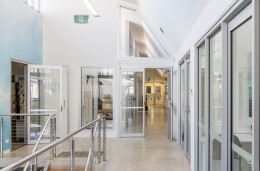 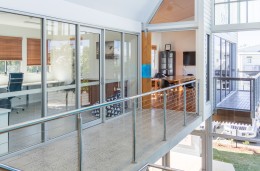