The first year of our National HIA Home Show Tour has officially come to an end after wrapping up in Adelaide in early October.

A tour which commenced at the Perth Convention Centre in March followed by Melbourne, Sydney, Brisbane and finishing off at the Adelaide Showgrounds on the 9th of October.

Some key points from each show were:

Perth
Visitors to the stand were very pleased to see a new name in the residential window and door market. Especially one with great results in Cyclonic conditions. Due to the on-going high level of demand for security doors and screens, Invisi-Gard® was a crowd favourite.

Melbourne
With 30,000 visitors over the 4 days the Melbourne Show was well and truly the busiest of them all. With bushfire ratings being a hot topic in Victoria currently, there was massive interest in the Carinya® BAL40 rated range along side the Invisi-Gard® security screens.

Sydney
The Sydney visitors were very focused on windows and doors that are of high quality that also rate well acoustically and in energy performance. Safe to say the Carinya range was a huge hit. The Kidscreen® Window Fall Prevention product was very popular due to a large number of double storey homes being built.

Brisbane
The Automated Breezeway Louvre Gallery was very well received by visitors who had come from not only Brisbane but the Sunshine Coast and the Gold Coast. In terms of a screening solution for bi-folds, the Centor S1E screen which was displayed on our Carinya® Bottom Rolling Bi-fold brought the crowds into the stand.

Adelaide
A lot of quality conversations were had with visitors regarding glass performance. A trend of late has seen a lot of double glazing being done and visitors were very pleased that our range could be both single and double glazed and we had good examples of each throughout the stand. Once again, the S1E screen was very popular mainly for its ability to be retro-fit onto existing doors.

I would like to take this opportunity to thank all the Alspec® Branches and Carinya® Dealers who were involved in the shows. Their support with providing staff and general assistance throughout each show was very much appreciated. Thanks to the Head Office team who came from around the country to help assemble, disassemble and also assist in manning the stand.

Also a massive thank you to those involved in designing and putting the stand together. The finished product was something to be very proud of. We are now in the process of designing a new stand and creating a plan of attack for another round of shows in 2017/2018. Watch this space... 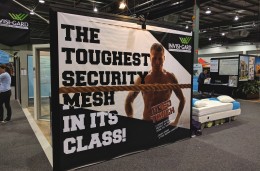 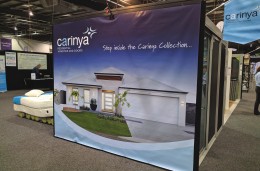 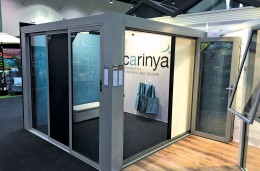 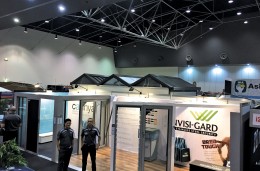